A selection of useful keyboard shortcuts 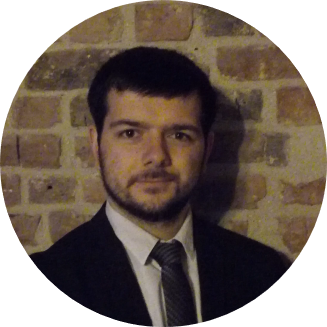 Computers have been part of our daily lives for many years now, and few trades do not use a computer at some point.

Many people are unaware that, once upon a time, the mouse did not exist and that any movement had to be done via a keyboard shortcut.

Many of those shortcuts are now forgotten despite saving us time by not taking off our hands from the keyboard. This might sound superficial, but put end to end, this probably represents a saving of a few minutes every day. Not to mention the muscular fatigue that the use of mice can cause in some people.

I am one of those people who learn all the keyboard shortcuts by heart as soon as possible and I can do without the mouse entirely for hours. Each program has its own list of shortcuts, but there are a few that are almost always valid.


The following shortcuts work natively on Windows and generally have the same function on any software.

This one is generally well known. It is used to cancel the last user action. Lets say you are typing a document using your favorite text editor and, suddenly, your text aligns to the right. If you don’t know what icon to use to correct this, you can rely on good old CTRL + Z to revert the action and everything is back in order.

It is usually possible to revert several actions. Beware, it does not always work and nothing beats the habit of saving regularly.

Especially useful when you are browsing the web, CTRL + W closes the active tab. This also works on many software such as Adobe.

Another well known shortcut. It is used to alternate between the different pages and software active on Windows. Keep ALT down and press TAB to switch from a software to another. If you press ALT + TAB only once, it will switch to the next software in the list. If you used ALT + TAB previously and use it again once, it will switch back to the last used software.

A classic! ALT + F4 is used to close a software or an entire page. Imagine you’re on Internet. While CTRL + W closes one of the many tabs opened, ALT + F4 closes every tab and shuts down the browser entirely.

If you press ALT + F4 with the desktop as active window, another one pops up with several power options. It can shutdown the computer or put it to sleep. It can also shut down the computer without downloading updates first.

I can't stop using this one since I’ve discovered it. It gets you back straight to the desktop, minimizing every software on the way. You will fall in love with this one.

Another one of my favorites. Lets say you want to type something while keeping an eye on the client’s email. You wish you could have both windows next to each other? Don’t waste time trying to place them and size them manually with your mouse. Pick one of the two windows, push the WINDOWS button (with the flag) and one of the two arrow keys.

A must at the office! It simply locks your session. Get into the habit of locking your session whenever you leave your computer to prevent your fellow coworkers from messing with your wallpaper. It also prevents easy data theft if anyone managed to get his hands on your computer or laptop. You are responsible for your computer and its data. If you keep it open, it is an easy target for anyone passing by.

Another genius shortcut! It lets you take a screenshot. The screen goes dark, then you can select the area you want screnshot. It is directly saved to the clipboard, ready to be pasted anywhere.

You guessed it. It takes a screenshot of the whole screen without the option to mouse over the area desired. Simple and effective.

Opens the Task Manager. Many would use CTRL + ALT + DEL to open the session window and then gain access to the Task Manager. Others would right click on the task bar. This shortcut is still very useful when the computers slows to a crawl because of a software that has crashed for instance. This shortcut brings you directly to the active processes list. Beware, this window can close any running application. Be careful!

Shortcuts for translators on Trados

This part concerns a smaller audience, and is likely to be more of a reminder than a novelty.

If you have a segment with tags, there are several ways to inject said tags in your target segment. This shortcut displays a dropdown contextual menu with every tag available for the segment. You can then click or use the arrow keys then enter to inject a tag.

If you use this shortcut with an open tag and its ghost waiting at the end of the segment, then the tag will be placed wherever your cursor is.

Select one or several words, then press F3 to display the concordance search panel. You can also click on the tab right below your translation memory panel.

Copies the source to the target.

It locks the segment. It then becomes impossible to edit.

Essential for translators! You made a typo earlier and want to use the keyboard to go correct it? Don’t use the arrows to go back a character at a time, it would take ages. This shortcut moves from word to word instead.

Same result, but you select the words on the way. If you intend to delete a few words, it is very useful.

Opens the search window. A staple of any software on Windows.

Opens the search and replace window. Another staple of any software on Windows.

Starts the Verify Document process. It is a series of automated checks that will ensure you have no empty segment, no tags missing, etc. This button is located in the Review tab of the ribbon, there you can click on the small arrow to open its configuration window. There you can find all the rules followed by the Verify Document and adapt them to your own taste.

This is only a short list of the many shortcuts available that could make our life easier. You know useful shortcuts that are missing from this article and you believe this is a sacrilege? Leave a comment and I will write your selection of the best shortcuts.